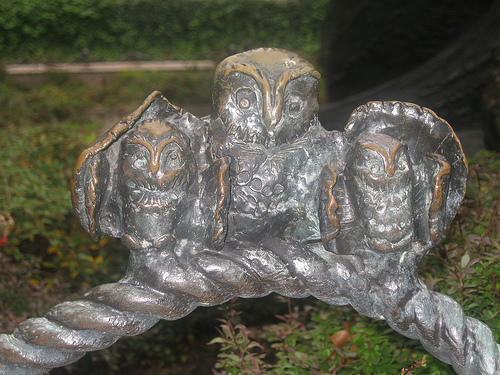 “Animals of Freedom” Sculpture Contest
on permanent display at the
Cathedral of St John the Divine, NYC

Diana’s Murals and More provides custom designed murals, sculptures and decorative finishes to commercial and residential clients throughout New York City. The company takes the lead with Diana’s passion and creativity. Aside from providing the inspiration for her designs, Diana teaches, writes grant proposals, markets her creative services and is the project manager for all her unique endeavors.

Recently, Diana collaborated with Sundog Theatre on PS 46 and 69 Grant Programs. Diana regularly participates in regional group Art shows and Art & Cultural programs. Diana is fluent in Russian and English and has applied for and received art and cultural grants for her work in both languages.

Created and coordinated a seven week mural program for four grades of second grade students.Painting designs were based on school mission statement, various subjects and areas of interest. Murals were painted on double sided doors on the second floor of P.S. 69.

Coordinated an eight week mural program, focusing on all aspects of design, preparation and execution of murals on lobby doors and lockers. Painting was based on books by popular authors and school mission statement. Students were given hands-on art experience, following the benchmarks of the NYC Blueprints for the Arts.

Created and supervised a bilingual cultural program in collaboration with Rabbi Lester Polonsky, Temple Israel. History and traditions were the main focus of the program, which culminated in a Bar/Bat Mitzvah ceremony for eligible participants. Creative writings and drawings from this project became part of a sculptural retrospective; a COAHSI/ JPMorgan Chase regrant 2009.

Coordinated a multimedia exhibit at the “Art at the J” gallery at JCC on Manor Road, Staten Island, NY. Students have worked with professionals outside of the classroom to explore, create and participate in a real art gallery experience as well as promote career choices in the arts.Students were given hands-on art experience, following the benchmarks of the NYC Blueprints for the Arts.

Ten week mural program for a group of 40 children grades two through five, with focus on all stages of mural making including design, preparation and execution. Summer 2008 – project was on exhibit at St. George Theatre, later became a permanent installation at P.S. 5 for the School’s 80th Anniversary.